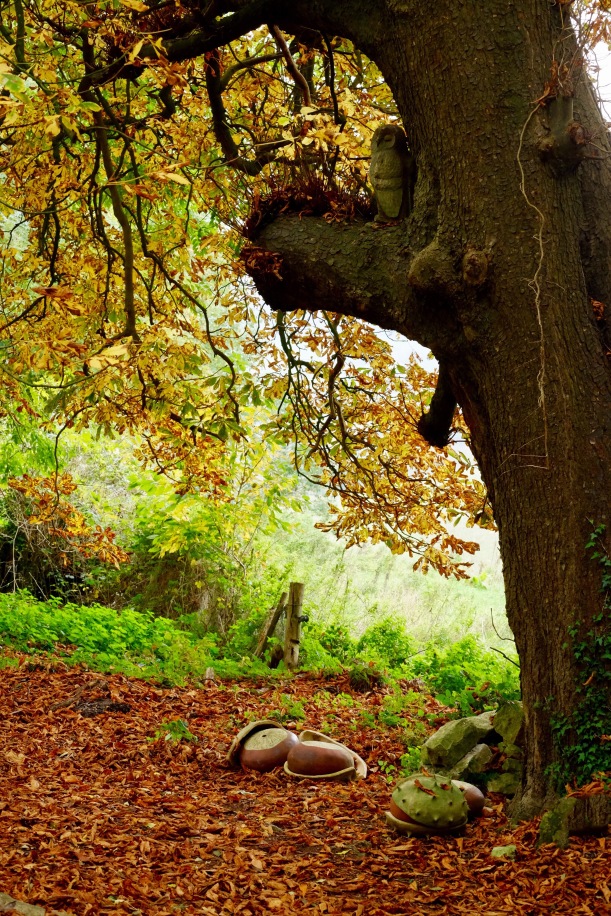 Worth has really perked up over the weekend. He wasn’t sick on Saturday and he hasn’t felt sick again on Sunday. Yesterday Worth and Gates both put some hard work in on the painting, though Worth quickly tired.

So today they decided that they had earned some playtime. They had a lazy morning as The Elf had come to visit on Saturday evening and had stayed for dinner. Then when the Elf went off to do whatever they do in the forest and so on, Gates and Worth left to go to The Rococo Gardens at Painswick. While these are quite small they are very pretty and the Autumnal colours and low light in the sky produced some lovely lighting for the camera. Gates was on fine form clicking away and caught some stunning shots, which will be put up on a separate blog in the next day or so.

They were both uplifted by their day out and the obvious upturn in Worth’ health. 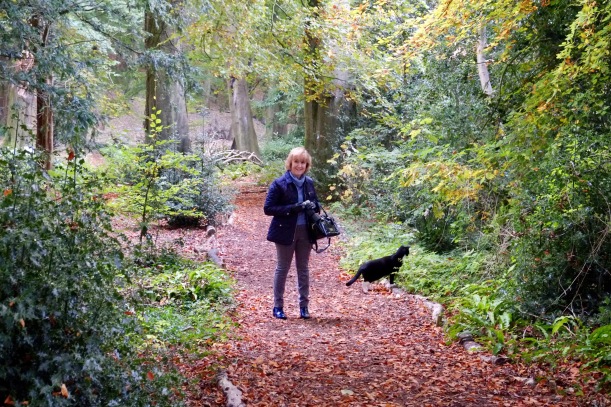 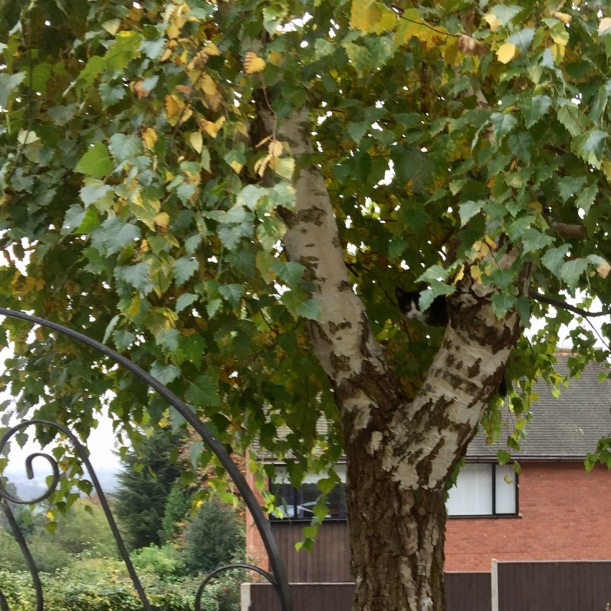 Bertie is growing fast and he is going to be a big, powerful cat. Gates has discovered he also has a talent for tree climbing, something Worth and Gates have never seen with their other cats. Here he is surveying the world from his newest perch. 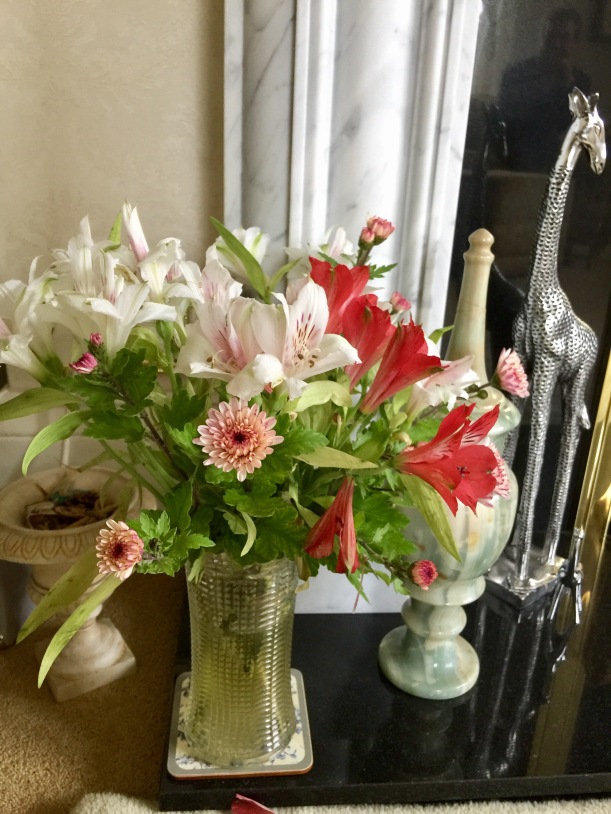 Friday night and the start of the weekend. Worth as you might well know loves flowers in the house. This bunch has kept evolving as one flower fades another takes its place and Worth has been impressed by Gates’s ingenuity in this process. The weekend begins with a lazy Friday evening doing nothing, then more painting on the landing for Saturday. A playing out day has been promised to Gates for Sunday as she has done nothing but paint all week. 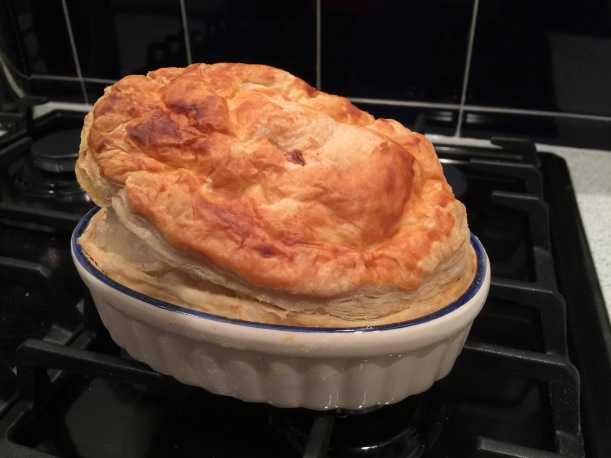 Worth came home from work on Thursday to find more painting done and this lovely pie with chicken, ham and leek waiting for him.

Unfortunately Worth is still poorly in the tummy area and finds it hard to keep anything down at the moment. To be honest it is heartbreaking for both of them as Worth was violently sick halfway through and yet was just able to carry on later and eat his pie. This cannot go on and he might have to go back to the Doctor’s if there is no improvement. 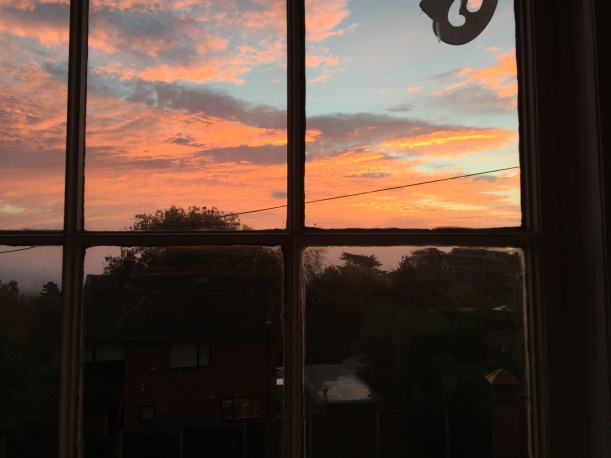 Wednesday morning arrived with all the grandeur that this great world could push through our landing window. Such a Dawn could only herald a wonderful brave new day so that, Worth decided, was how today would be. He asked Gates to join him in this world and they hid there all day. 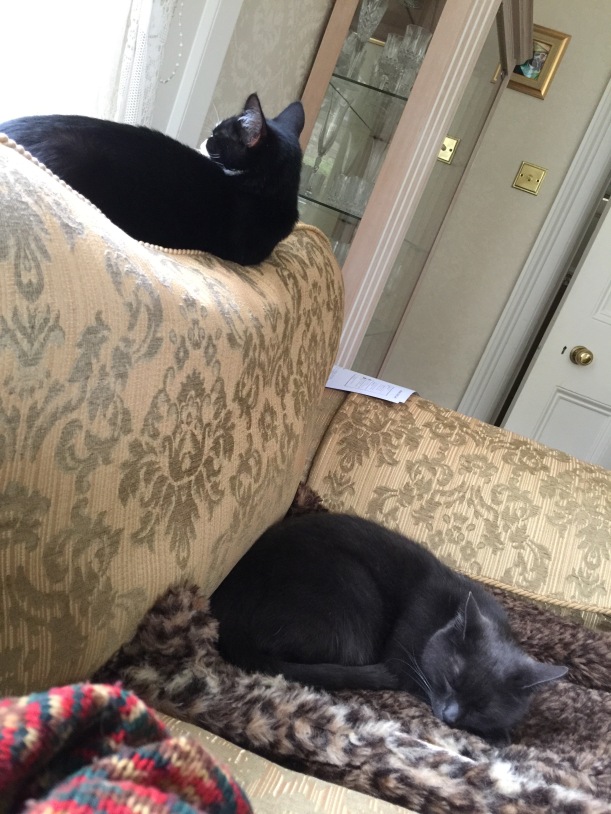 Yesterday Bertie was found safe and well in a nearby neighbour’s shed and things began to improve at Beastie Folly.

A trip to the doctor’s formalised plans for pain relief for Worth as his morphine was increased but so too were his laxatives.

Today, Worth went back to work but bailed out at 4 o’clock as the pain came back. However, when he got home the pain quickly eased again with rest which was good, as previously it would get worse through the evening. So he is hopeful that tomorrow will be a work day.

Further good news. Gates phoned Worth at work and told him that he would be getting a letter informing him of an appointment re clinical trials in Birmingham on 9th November. So that was positive news. Worth just has to try and be fit and well for the appointment.

Finally, a rare moment of peace and harmony is shown above as Ola and Bertie are seen together without fighting. 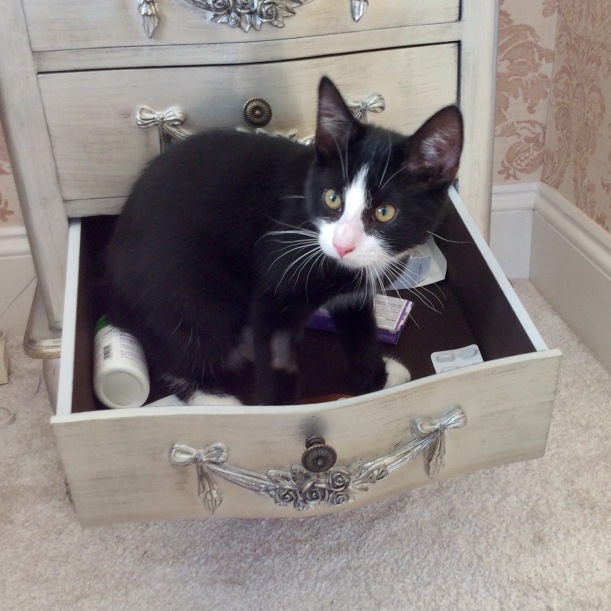 It’s Monday it’s a great day at 1300 Bertie was found safe and well in a neighbours shed. He’s back home he has wolfed some food, tried to rape Ola and all is well in the world 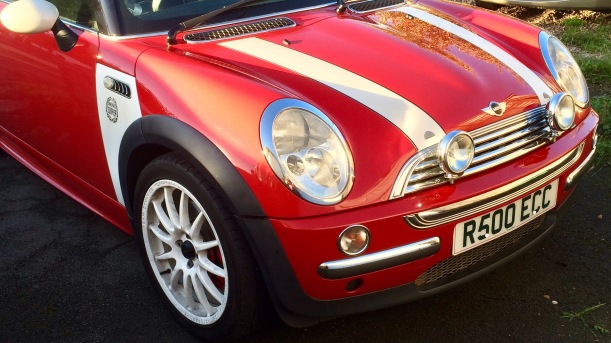 This will be brief and in this one blog written in the first person. This has been the week from Hell. I had to leave work early on Monday and have been ill ever since. I managed to got to the pictures on Sat morning but then I missed a surprise party for some Mini mates on Saturday and again on Sunday morning. Then to cap it all Bertie went missing on Saturday night and we fear the worst as we cannot find him anywhere. Peanut has gone into a mini meltdown on Sun afternoon finally succumbing to tears as she feels that everything is just falling apart. It is and it’s not nice. Please come home Bertie and restore the smile to Mrs P’s face.

Sunday was a stay at home day for Worth and Gates. They had an egg and bacon breakfast with Lorraine, several cups of tea and a rather pleasant general chit chat to sort out the world. At about eleven Lorraine headed off for London and Worth and Gates decided to have a break from painting and do some gardening.

The bush by the front door was getting too big so they decided to cut it right back. The results were quite drastic and really Worth would prefer to take all the three bushes near the front door away completely and replace with new. However, Gates has a bigger say in the garden. It is probably the only thing that they disagree on.

They have put a table and chairs at the front of the house and it is a lovely place to enjoy a cup of tea. However, at the moment it is a little exposed. 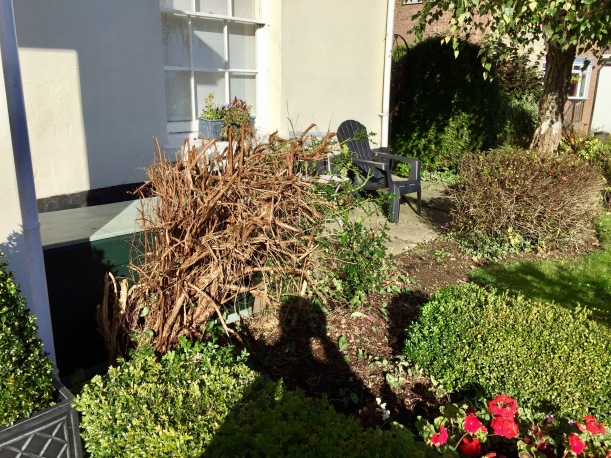 Strictly, The Antiques Roadshow and Poldark saw them through to bed time with Reacher.

Not a bad old day all in all. 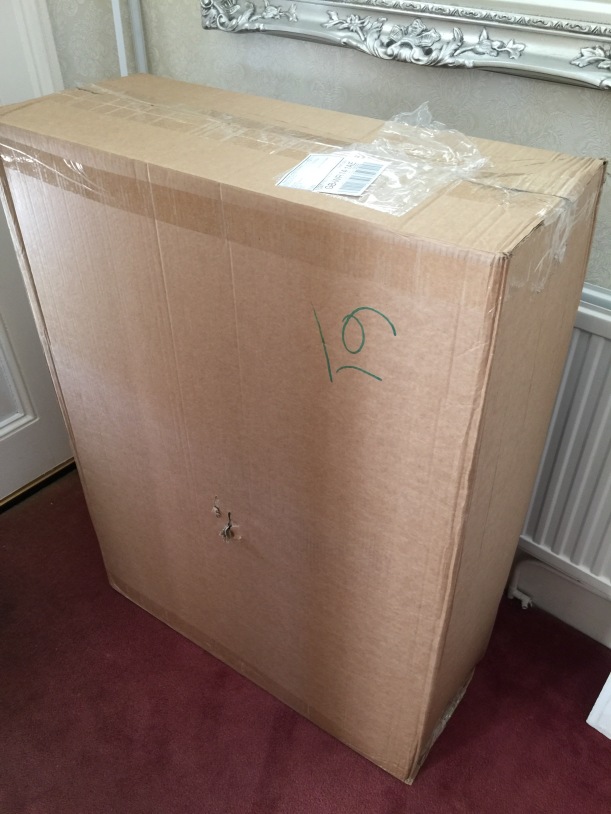 Worth and Gates had a lie in on Saturday morning and Gates read some Jack Reacher to Worth. Worth thinks it is the height of indulgence to be read to and really loves it. Jack Reacher is a tough guy. He is a big fellow and he knows he can handle himself. Sometimes he can talk in a very belligerent manner and It amuses Worth to hear Gates capture this tone as she reads out aloud. The attitude is so alien on her lips but in fairness she does it well and as a result she creates a very real character in Worth’s mind. The story is hotting up too and it all makes for a very indulgent lie in.

Worth’s cousin was coming up from London and due about 11 so eventually they had to get washed and dressed. Not much was planned in the way of entertainment so after a cup of tea upon Lorraine’s arrival, they headed into Malvern for lunch and a mooch around the shops. Nothing caught their eye so they went To Malvern Link to collect the light fitting they had ordered from Francis the rather splendid furniture shop there.

Three adults and the chandelier would not all fit in the MINI Paceman together. Worth was not sure if the Paceman is small, or if the chandelier is bigger than they realised. It was certainly a big box that it came in. Worth drove the chandelier home and Gates and Lorraine started walking. Worth went back for them just in time to save them from the steep climb into Malvern from Link Top.

Afternoon tea with Parkin cake had been earned and afternoon rolled into evening.

Dinner was a delicious lamb roast cooked by Gates. The girls had a few Aperol Spritz’s beforehand, which seemed to go down well and Bertie provided much of the on-going entertainment. Worth has been struggling with his appetite so he was delighted to leave a clean plate at dinner.

A new Swedish detective thriller on BBC4 was the evening’s entertainment. It was a bit gruesome but not without promise. Oddly though it is something else the week after on BBC4, so when we will see more of this series based on the cold case theme, is anyone’s guess.

The day ended as it began with that huge bloke taking up space in Worth and Gates’s bed!

My Tweets
PhotoBeast
Create a free website or blog at WordPress.com.