I got back from holiday and hit the ground running. First off a new car to replace PaceBeast; this is SuperBeast. Now I have three fast cars and am officially a fast lady. 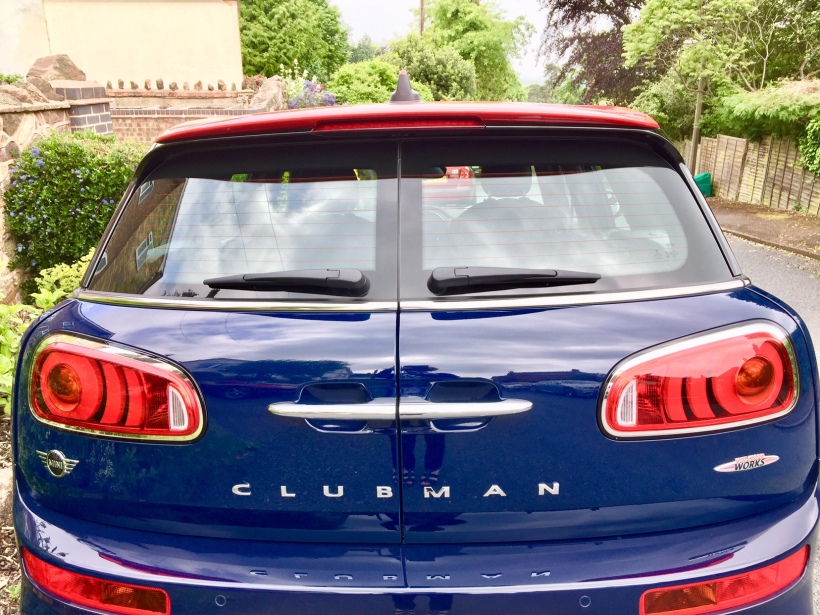 Worth’s cousin Lorraine came to stay and we both went for a twelve mile walk and the week ended with a beautiful sunny weekend at Shelsley. 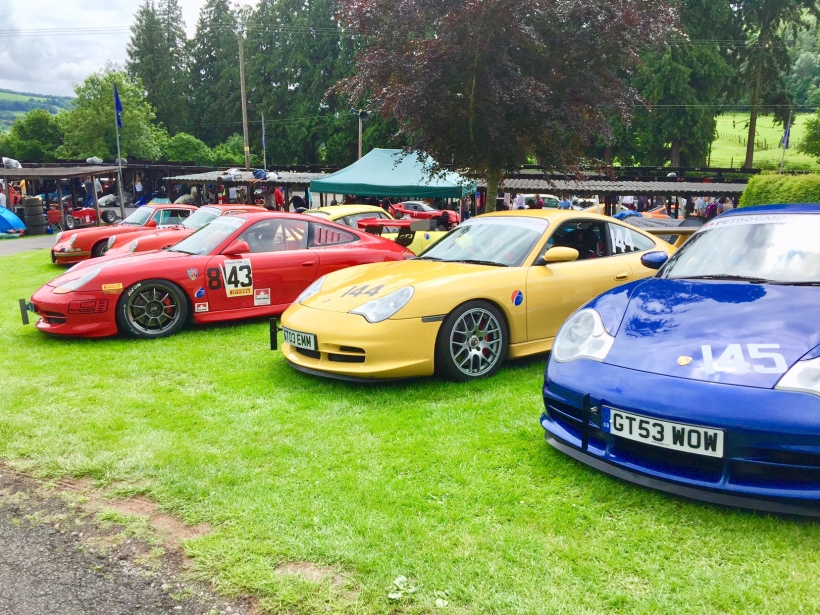 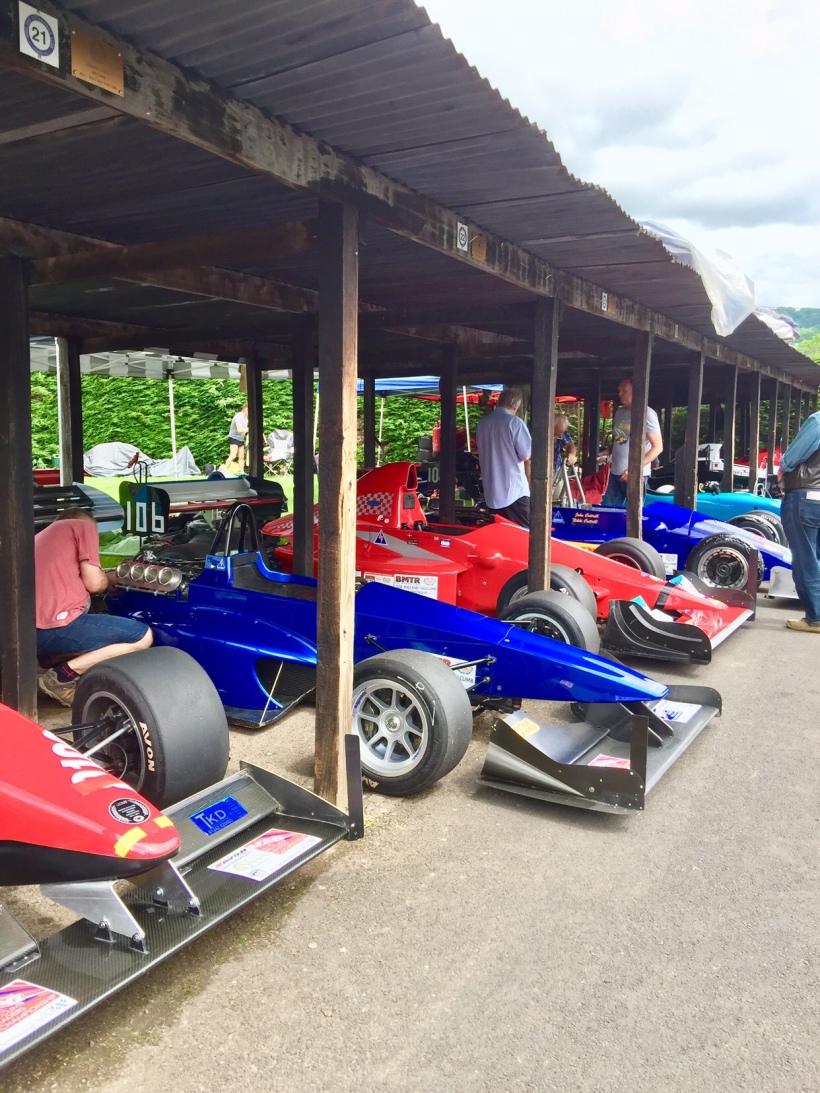 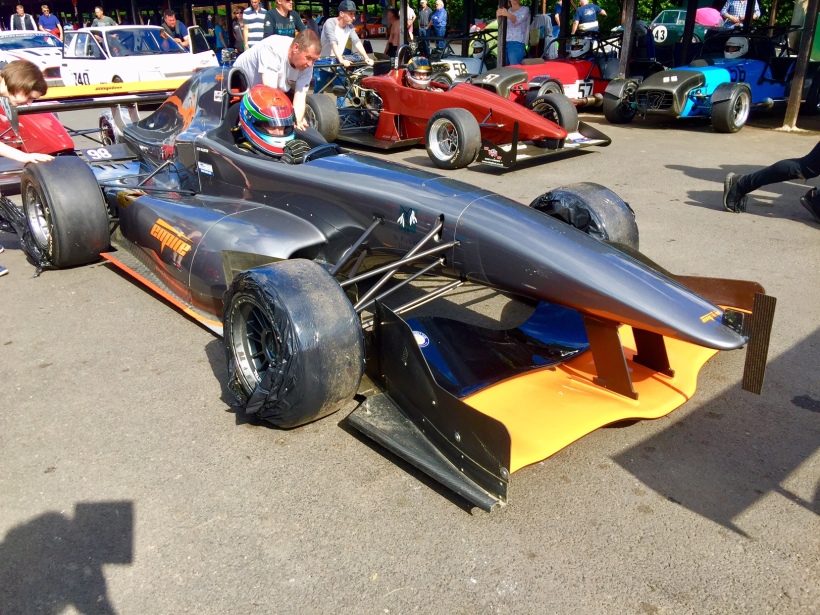 Invigilating started the following week, then I had a day out to Chomondley Castle to celebrate Porsche’s 70th birthday and afterwards to visit Worth’s mum as she was by then quite close. 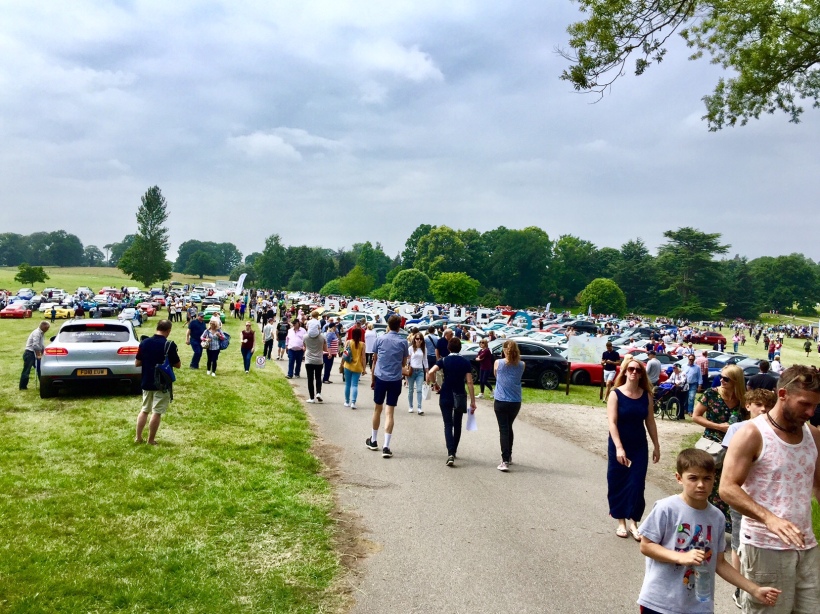 When I returned home the next evening Bertie was missing and didn’t turn up until just before 8am on Monday morning, when I suppose he got out of wherever he was as locked in overnight, none the worse for his adventure, just hungry. This week my tatty garden fence was at long last replaced by a much more sturdy one, all the honeysuckle, rose and ivy was removed and just the honeysuckle and rose put back. That was a lot harder than it sounds but I am very pleased with the end result. 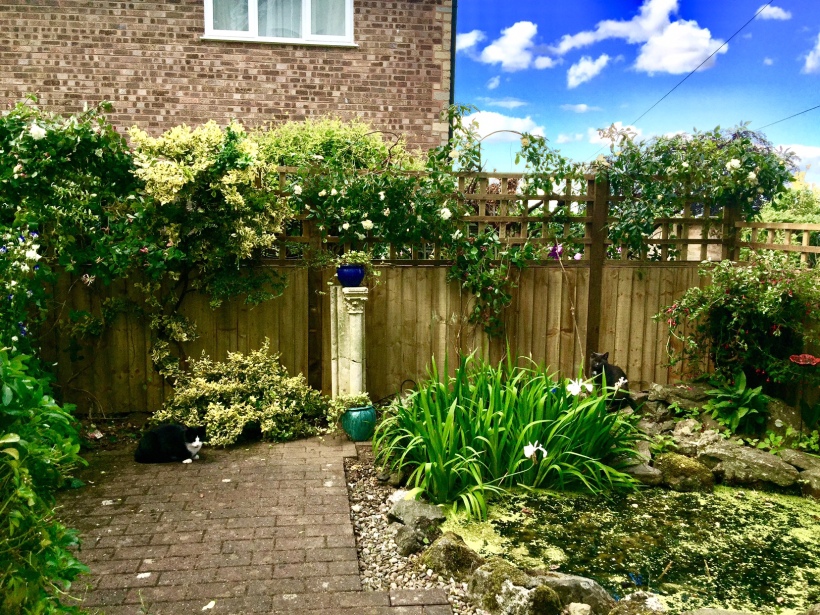 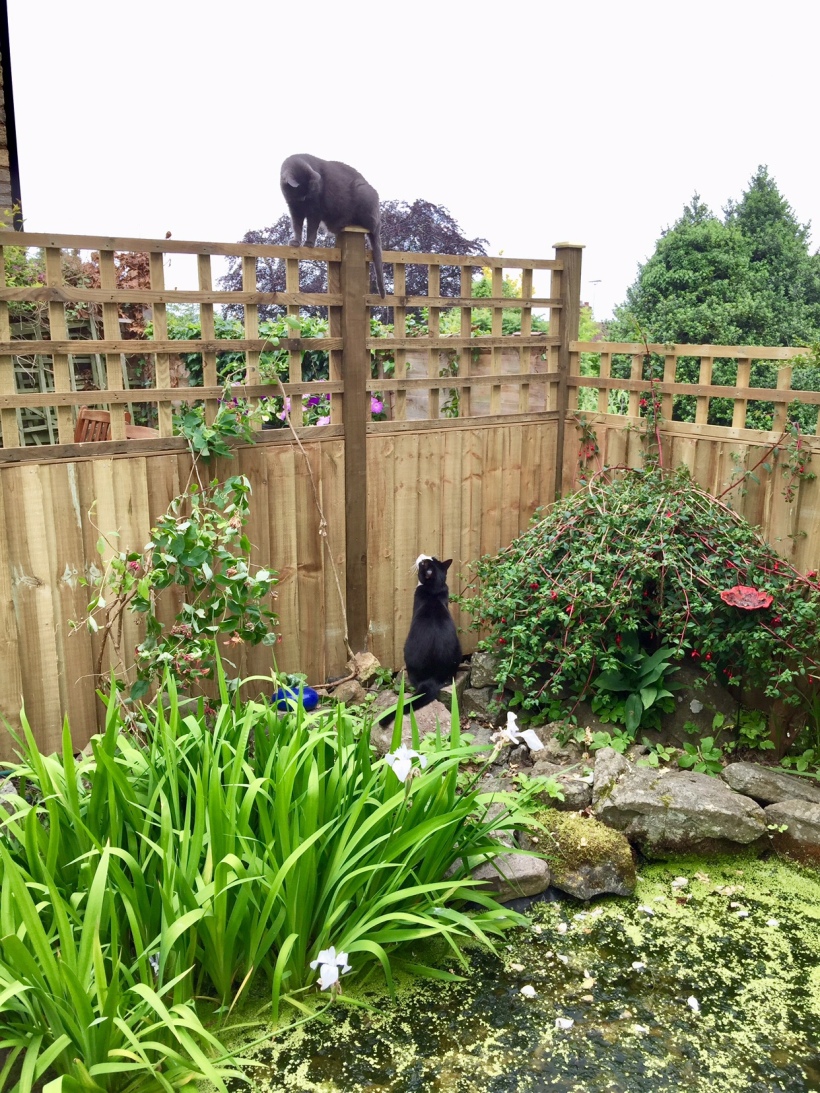 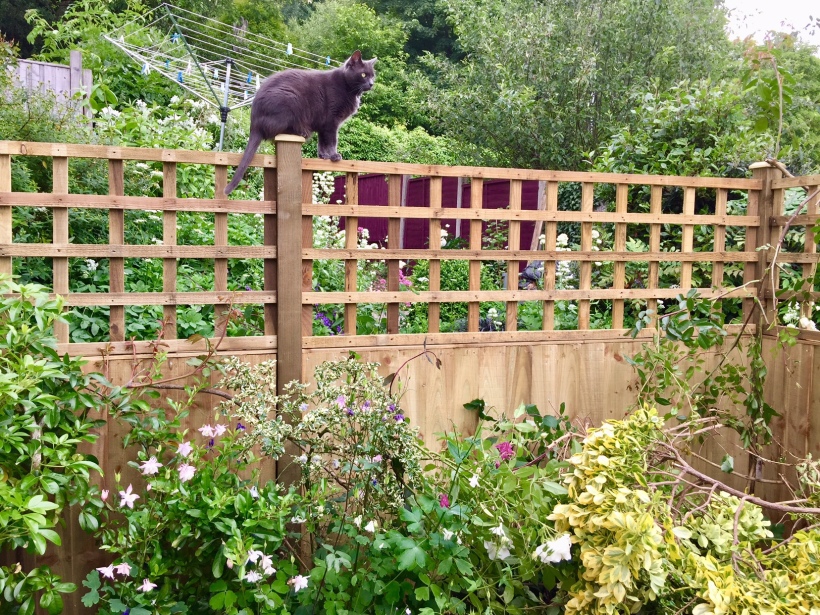 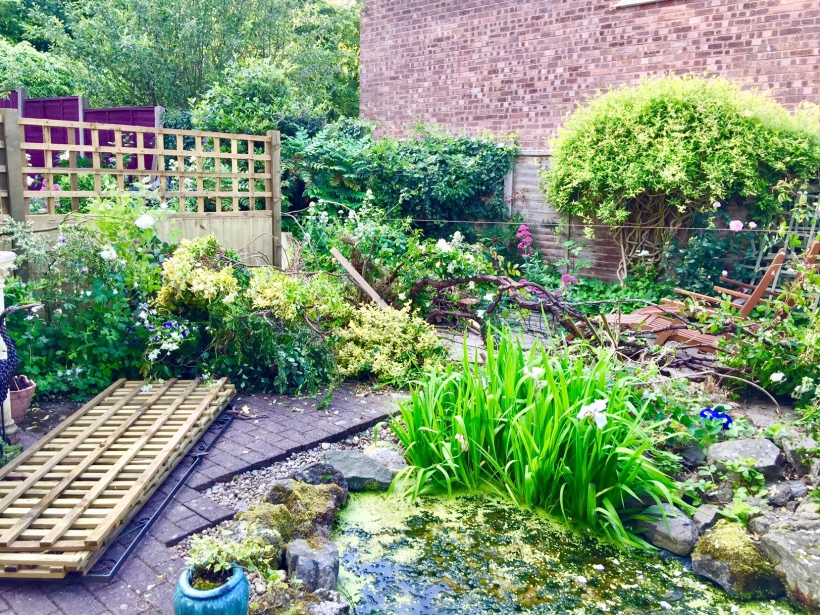 Ola seems to get a lot of pleasure climbing this new fence – I don’t think she felt safe on the old one. Bertie doesn’t climb, he just looks. I don’t think he possesses the necessary balance and agility. And finally a picture of me, which you don’t get often but even I thought I scrubbed up quite well in this (and that doesn’t happen often). 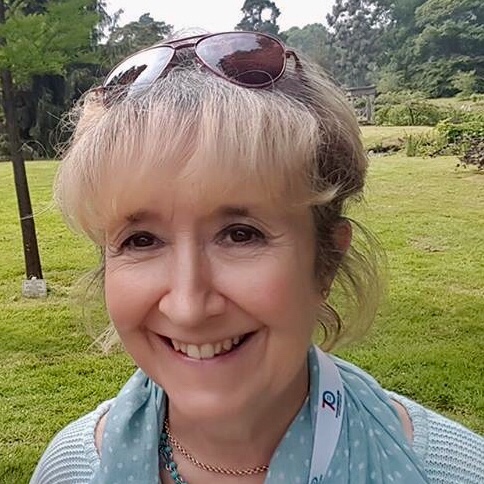 2 thoughts on “The Folly Revived – Three weeks in June.”

There was an error retrieving images from Instagram. An attempt will be remade in a few minutes.