After a hectic weekend in London the antics really slowed down for Worth and Gates on Sunday and Monday. Late mornings followed by lazy afternoons were in order so they could recharge their batteries. Worth discovered that soup made an ideal lunch for him and settled well, or at least better than most things.

Groovy Word of the day: epicurean

Thursday saw Gates and Worth head to Bicester shopping village where they went for two things a Hamilton watch and a hand bag – both for Gates.

They had seen the watch before so it was just a case of making sure it was still there. It was so they got it and Worth who had had his eye on this watch for Gates for simply ages was delighted. Gates too fell in love with it and a little bit in love with Worth’s enthusiasm.

They had a lovely lunch though Worh could only manage three quarters of his soup Gates had all her sandwich. Next stop Vivienne Westwood and Gates saw just what she wanted, so job done.

They came home tired but satisfied with their trip.

Groovy Word of the day is “fortuitous”. 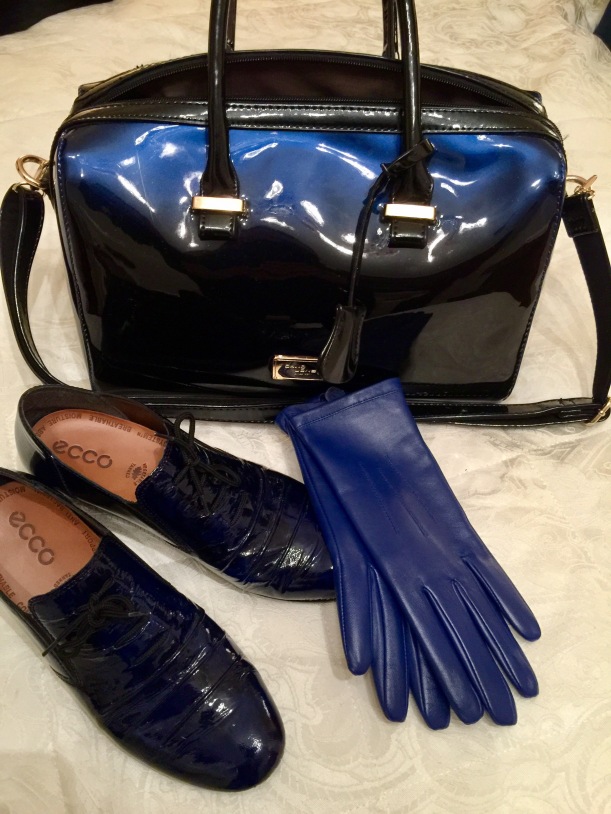 Tuesday was a lazy day, they popped into their solicitors to make some adjustments on the legal front and they picked up a mat for the hall made from an off cut from the hall carpet. They also got a new letter box draught excluder which they then fitted.

Wednesday saw Gates and Worth seeing the Palliative Consultant. It was frank and it was informative, compassionate and understanding. It summed up their railway journey as they fight the Big C. Now there are no more tracks to be laid and no real stations to stop at. Time to put as much quality into the quantity of life they have left. Thursday will see a further consultation to see if they continue with the chemo. So time to add a little quality their lives.

Worth and Gates left St Richard’s Hospice and went into Worcester. First stop was lunch at The Thai Gallery in Worcester, where they shared sweet and sour chicken and beef and cashew nuts. It was delicious and while Worth only had small portions, between them they cleared the plates.

From there they had a shopping mooch where Gates finished off her blue accessories with the blue leather gloves above courtesy of M & S.

A tele evening ended their day.

Groovy Words for these days, “rumpled” and “bamboozle”. 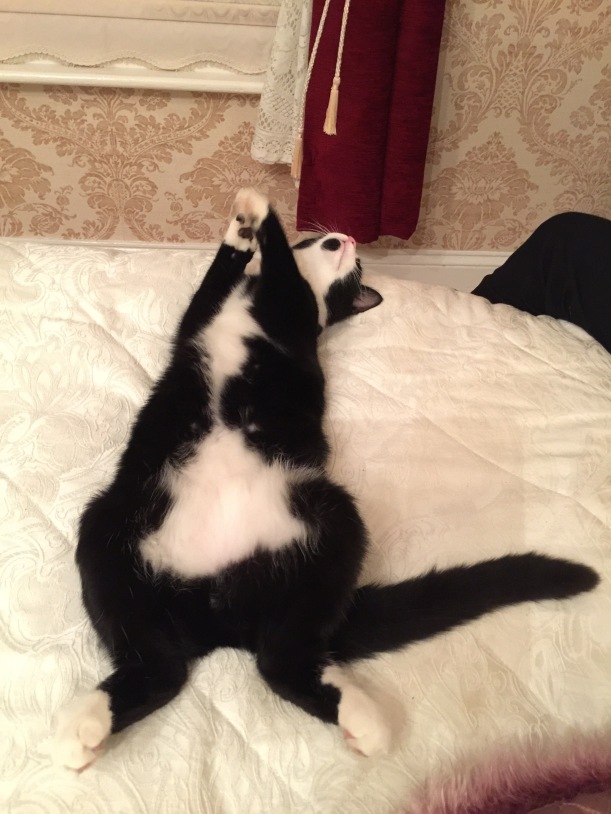 On Monday Worth and Gates had a bit of a lie in and then went to Worth’s place of work to hand in a sick note, update Lesley in HR about how Worth is and say a quick hello to everyone. Worth found it quite emotional but I think he managed to keep that under wraps.

The very act of being up and out gave Worth some extra energy so he decided to go with Gates as she went to Waitrose to do a shop. Emboldened he took her to Cox’s  to see if he could get some smart jeans. Well he was in luck and got a pair. He had a few pulls in his current ones but these were now much better. Lady P spotted a Betty Barclay zippered top. It had horizontal quilting on the front and a simple cut reminiscent of a classic Chanel  jacket. It is surprising how easy it is to spend a lot of money in Malvern!

Once home they battened down the hatches and armed with the knowledge that vinyl sales had grossed more income than download sales last week, for the first time ever, they put the needle in the groove to enjoy some rich music.

Worth knows he’s just an old fool really, but he thinks he’s a trendy old fool, so let’s not burst his bubble.

Groovy Word Of The Day is “aficionado”. 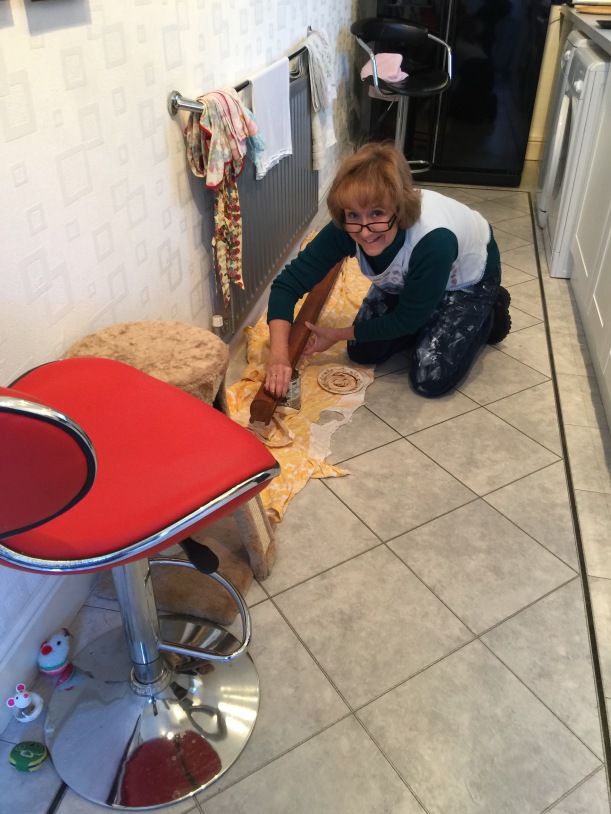 Tuesday was a repeat of Monday but with Gates painting the bannister instead of the front door.

Worth still had the hiccups.

Smiles were in small supply. Worth decided he would seek a doctors appointment tomorrow. He needs to get the smiles back in through the front door asap.

Groovy Word of the day is “Bounder”. 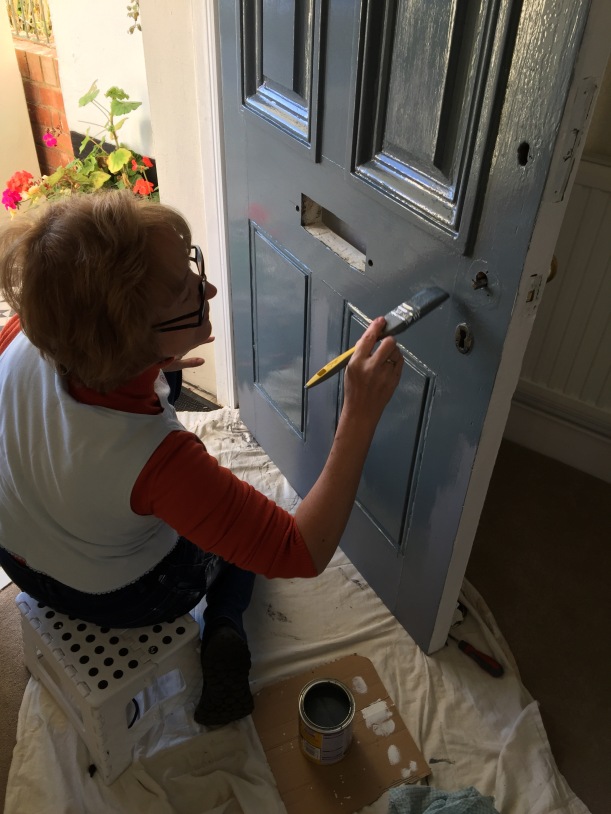 Monday came and Worth did not feel well. He was hiccuping constantly, sometimes finding it hard to catch his breath. Needless to say he was off work.

Gates meanwhile finally finished off the front door, which has come out glossier than it should but they will live with it.

Groovy Word of the day is “sheen”.

Gates dropped Duncan off at the train station and was lucky enough to be there at the same time as a double locomotive that was steaming through.

Unfortunately Worth had not felt well enough to go with them.

Gates came home on fire with excitement. She thought it was simply brilliant. If Gates could be a train driver she would be. In fact Gates’s excitement kind of upset Worth as he wanted to immediately whisk her her away for a meal on a train. He couldn’t and he suspected it was an adventure they would not share.

Next thing Worth got some visitors from Penketh Steve and Petra who were seeing family in Worcester so wanted to call and say hello. It was lovely seeing them and sharing our love of watches.

Not a bad day for Worth then considering he was feeling off colour.

Worth was less than a 100% fit when he woke so they simplified their plans. Originally they were going to Worcester to The Victorian Market. Instead they opted for Great Malvern which also had a Street market on.

Gates said the market was in the Winter Gardens which nestle below The Festival Theatre. Worth doubted this and to Worth’s chagrin, he was proved right and so was rewarded with a steep climb up to the theatre. Still Autumnal colours abounded in the garden and he got some great snaps on his iPhone.

They rested in the theatre before carrying on. They popped into their jewellers to say hello to the owner and exchange Mille Miglia and other car stories together. He had a Morgan which with three other cars was on display right in front of his shop.

Next was a walk straight up Church Street past the vintage car display until they came to the Bluebird tea shop for lunch. From here they walked around the Abbey gardens where most of the Victorian stalls could be found.

A pleasant afternoon ran into a lazy evening Of Strictly and Modus on the TV.

Groovy Word of the day is “ardent.”

Friday and Worth got up and went to work. He did an hour before having to give up and come home. He felt terrible with awful tummy pains, alternating between diorhea and constipation.

He got home and went to bed. Gates was out on a spa day with The Elf, so no nurse for Worth. They got home a bit after 4 and Worth had rallied a bit by then. They had picked up Duncan (Gates’ son) so worth dressed and even managed to eat a little that evening.

The Elf left at 6.30 so it was a Chinese takeaway for the others and a pleasant chat around the dinner table. Worth loves evenings like this. On the downside though the hiccups had kicked in and boyso boyso they were really bad. The alternate lifestyle that Worth and Gates enjoyed, was really being attacked right now.

Anyway Groovy Word of The Day is articulate.

As well as the infusion of chemotherapy yesterday, Worth also takes a tablet form too. There are side effects, such as tingling fingers, tingling toes and tingling mouth. Cold drinks kick it off in the mouth or metal on the fingers such as door handles. The there is the swinging from constipation to the other extreme.

If you let it, it will get you down. Sometimes Worth suffers this but Gates is always around to pick him up. In this photograph Worth had insisted on checking his bird out. Gates will always play along. She loves it when Worth is larking about, chasing a laugh, hunting down a giggle. Sometimes though he gets tired and she misses her silly Worth. So here he is checking her ears for levelness. Fortunately they are as wonky as ever and Worth is delightfully pleased by this.

He likes to summon Gates to sit near him, where he can touch her and talk to her and Gates loves the intimacy created. Such little displays are so important and Worth and Gates never want to lose this.

Now Worth is not house bound don’t get me wrong but his world is shrinking so they adapt, have a quieter Christmas but nonetheless they make plans and small adventures. Worth wants to spoil Gates on the shopping front so he gets excited by that.

But enough waffling on. Worth went to work but was tired in the afternoon and was home for a little after 3. He had a snooze and then The Elf turned up, happy, giddy full of the joys of a recent adventure in Amsterdam, while at the same time complaining about insomnia. It made Worth think of his own Amsterdam adventure with Gates. Antics on a plane, a train, a dinner cruise boat and so on, not to forget their ambivalence towards the red light district. Can you be a twee hedonistic Worth wondered?

Worth had rallied and had a bit more energy but a lot of hiccups. The evening passed very pleasantly with a chat and a natter around the dinner table. Worth enjoyed seeing The Elf, who by the way had swanned over to have a spa day on Friday with her Mum Gates.

So Groovy Word Of The Day: Chopsy.

Try to use it once or twice today in ordinary conversation but don’t worry if you don’t as I won’t get chopsy with you.

My Tweets
PhotoBeast
Blog at WordPress.com.